As a young boy, after an afternoon of playing in the woods behind the Armory and track field, I would run back to my yard ready for supper. Often I would see my Dad’s friend Johnny’s car in our drive way. When his car was there, I would run even faster so I could get to the house and listen to his stories. He would often stay and have supper with us. Johnny was also a Marine. He had been on the beaches of Guadalcanal serving in General Vandergrift’s Headquarters during the first ground offensive of World War II. 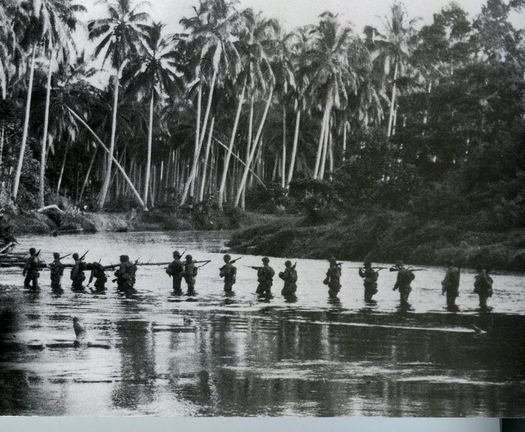 After I had finished the last bite of one of my mom’s biscuits, I would remain at the table and consume the oral history of the war as Johnny imparted to me his memories. After all these years, I can still see the eagle, globe and anchor tattoo on his forearm. During the 1970’s, it was not unusual to run into a World War II veteran, even though I lived in a small town. There was a former bomber pilot who was now one of the town physician’s. There was the retired serviceman who tended his garden; he was once adrift at sea for 17 days after his ship had been torpedoed. There was the businessman down the street who was once a tank commander. And there was a butcher in a local grocery store, who had felt the cold steel of a Nazi bayonet in his side. He was saved by his buddy, whose careful aim of an M-1 Garand rifle quickly dispatched the bayonet wielding German soldier. These are just a few of the World War II veterans that lived in our little community.
Where have they all gone? At their height, there were just over sixteen million. They came from all over America. They came from the east, west, north and south. They came from big metropolitan cities and they came from small towns. They were street savvy city kids and shy farm boys. When their nation called, they answered. They were the men and women who served in the armed forces in World War II.
At war’s end, nearly three hundred thousand had lost their lives in battle. A little over a hundred thousand more were killed in non-battle related incidents and roughly six hundred and seventy thousand suffered non-mortal wounds. Over fifteen and a half million would come home and begin new lives.
Some of them would go to school, some of them would get married to their sweethearts they had left behind and some would return home to the loving arms of a thankful spouse. Some would become laborers, carpenters, machinists, cooks, doctors, lawyers, tradesmen, salesmen, truck drivers and farmers. They would get back to raising and supporting their families, or they would begin one. They would be the father’s and mother’s of one of the most populous and prosperous segments of the American population, the “Baby Boomer’s”.
Their shared sacrifice helped to transform a Nation and a world. Their collective energy and hard work helped shape the global economic and military superpower that the United States became and right now continues to be.
Today, they number less than two million and their numbers continue to dwindle. We lose on average 860 of them every day. Some days it is over two thousand. Within a few years, they may be all gone except for a few, and with them the living history of one of the most pivotal periods in history. The ones who are gone are buried in military cemeteries in France, overlooking the beaches of Normandy; they are buried in Hawaii, overlooking the Pacific seas that once teemed with danger. They are buried at Arlington, sharing the ground with those who served and sacrificed in other wars of this nation. They are buried in military cemeteries all across the nation and in thousands of cemeteries in big cities and small towns in every state in the republic.
Those that remain are spread thinly across the nation. If you are lucky, you may catch a glimpse of one. They may be walking through a Walmart, treading softly with a cane or a walker. Some may be wearing a baseball cap that says “World War II Veteran”. Some will wear nothing at all that denotes their service. Or, they may be holding a solemn remembrance at a memorial which honors their service. 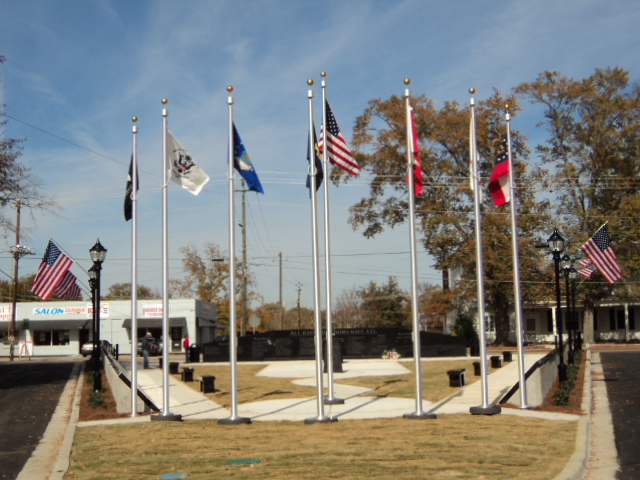 As this Veteran’s Day approaches, I reflect on the memories of a ten year old boy, listening to the first-hand accounts of the experiences of the men who were there in World War II. They will always hold a special place in my heart, not only for the personal connection I have to them, but also for the impact they had on world history. So, to mention a few, here’s to my dad, to uncle Albert, John, “Dub”, Jim, Ralph, Carl, Ray and Johnny. You are gone, but your service is not forgotten.
Happy Veteran’s Day!