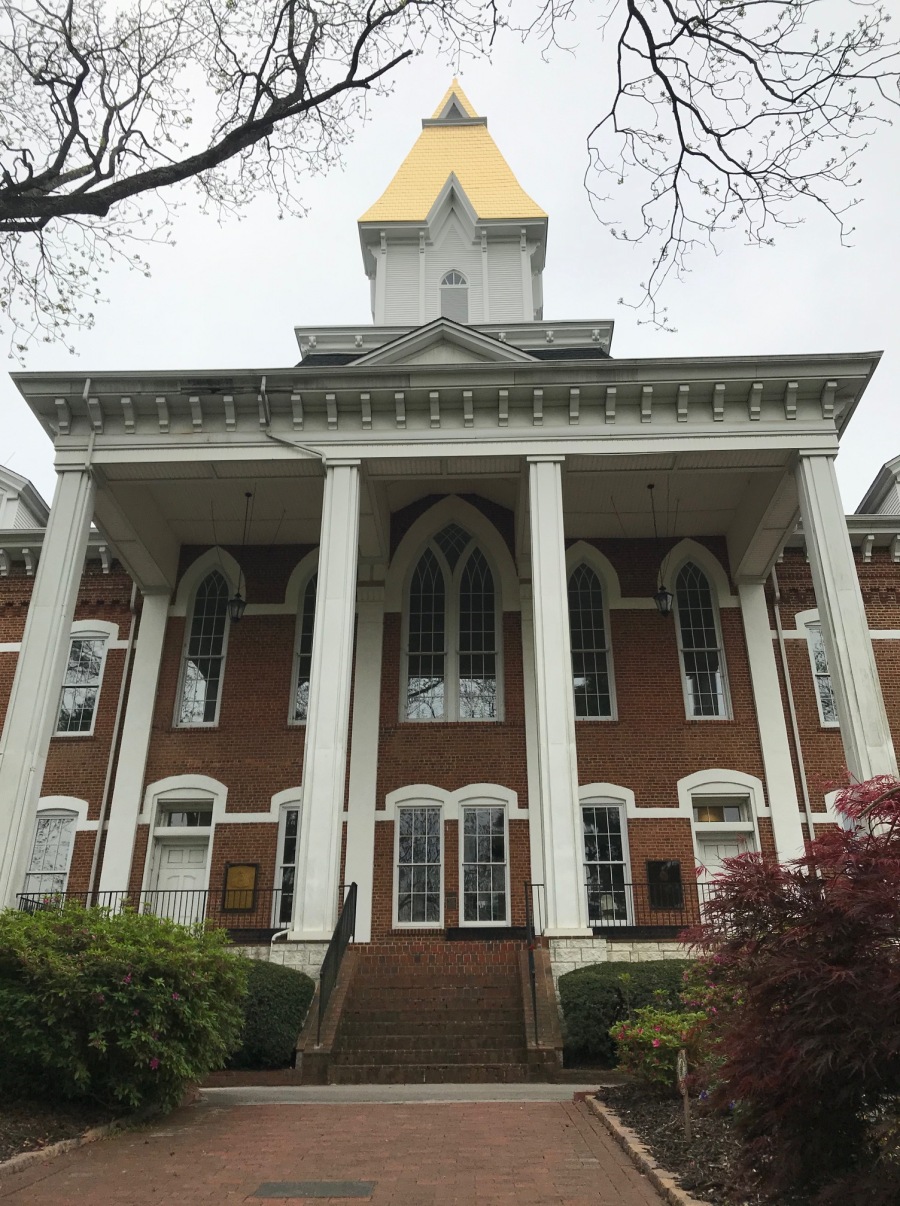 Nestled in the foothills of the Blue Ridge Mountains in the small city of Dahlonega, Georgia lays the recently renamed University of North Georgia. A recent conversation with an old friend, classmate and mentor rekindled many memories of my college alma mater.

When I enrolled back in the fall of 1980, it was named North Georgia College, or affectionately known as “NGC”. The colleges sub-title was The Senior Military College of Georgia and it remains so today. It has also been referred to as one of Georgia’s best kept secrets. I frankly did not know much about it when I was in high school until I began looking for colleges with ROTC programs. My dream was to earn a commission and serve as an officer. I had initially set my sights on the United States Military Academy at West Point, New York, but I did not make the cut during the congressional selection process. I was accepted to other well-known military schools like The Citadel in South Carolina and VMI, the Virginia Military Institute and I was accepted to North Georgia College. North Georgia had been suggested by a friend of my father who had been a former officer. Although my father was footing the bill, he said I could go anywhere I wanted but that NGC would be in-state tuition and I would be closer to home. I chose NGC. That decision was one of the best decisions of my life.

NGC’s unique dynamic of a military academy style regimen for ROTC students, a robust co-ed non-military student body and a burgeoning enrollment of commuters made for an experience and campus like no other. NGC’s orientation for all students was a program called “Intro” which was conducted in the summer for a few days for new freshmen to become familiarized with the campus and the other incoming students. My first roommate and I met there and we talked about our cars and such. I had a maroon Mustang and he had a white Camaro. We also talked about our next adventure that would be coming up when the school year started in September, Freshman Orientation for ROTC students or as it was affectionately known, “Frog Week.”

Reporting to the campus that first day of Frog Week, small groups of “hair bags” were marched into the town of Dahlonega just off campus, where they would have their first meeting with “Woody’s” barber shop. We would all receive a nice “buzz cut” and march back to campus to draw our uniforms and then the fun would really begin. “Frog Week” was an intense period of military training, physical fitness and team building. A condensed version of basic training, if you will, designed to get us a jumpstart on our military routine. One of the focal points of our training and really the focal point of the campus was the “Drill Field.” The “Drill Field” was a large, open parade ground in the center of the campus. During “Frog Week”, we spent many hours marching and performing close order drill. At 5:00 p.m. on that first day, we “Frogs” participated in our first Retreat Ceremony. The Retreat Ceremony is a time-honored military tradition of paying respect and lowering the colors. As our cadre of upper classmen bellowed out the drill commands, we stood at parade rest as we listened to the bugle call of Retreat echo across the campus, immediately bringing all movement to a halt. As that melody waned, the distinctive shot of a pack howitzer thundered over the campus. A ceremonial gun modified to fire a blank shell, the pack howitzer was carefully tended by the cadet OD (Officer of the Day). The next command to present arms was given in harmony with the bugle call, “To the Colors”. At that point, a sense of pride welled up in my throat; goose bumps were raised on the back of my freshly shaved head and I knew this was the right place, this was where I wanted to be, and this place would forever be a part of me.

Many of my classmates and I would go on to have four wonderful years at “NGC”. We would join fraternities and sororities, we would join military organizations on campus, we would live, laugh and love and sometimes cry. Somewhere in all the mix, we would earn enough credits to attain a degree. We would find husbands and wives or just find ourselves. We would transform from young high school students to young men and women ready to engage in the world. Some of us would become officers in the military. Some of us would become teachers and nurses. Some of us would become Doctors, Lawyers and business men and women. We would all be taking a part of “NGC” with us. My “NGC” may be a little different than my other classmates. Each of our “NGC’s” will be unique to each one of us, but we would all share common threads that had developed in us over the years we were there together. It was a special intangible essence that made “NGC” not just a school to get a degree, but a transformational experience that goes with us all of our lives.

The college’s Corp of Cadets was something special and from all accounts it remains so today. I would go so far to say that it was and is one of our state’s treasures. One could also say that it was a national treasure, producing some of the finest officers to serve in the Armed Forces of the United States. It is my wish that the Corps of Cadets continues to be strongly supported and celebrated. Someone once said that the only constant is change. As my old school consolidates with other schools and changes her name, I hope that the change is positive and forward with a continued commitment to the Corps of Cadets and all it represents.

Today’s students of The University of North Georgia, or “UNG”, will have their own unique experiences. It is my hope and, indeed my prayer that 30 years from now, the alumni of “UNG” will share that same reverence that my classmates and I hold today. It is my hope that the core traditions that have served this school so nobly in the past will continue to serve her and her students in the future.